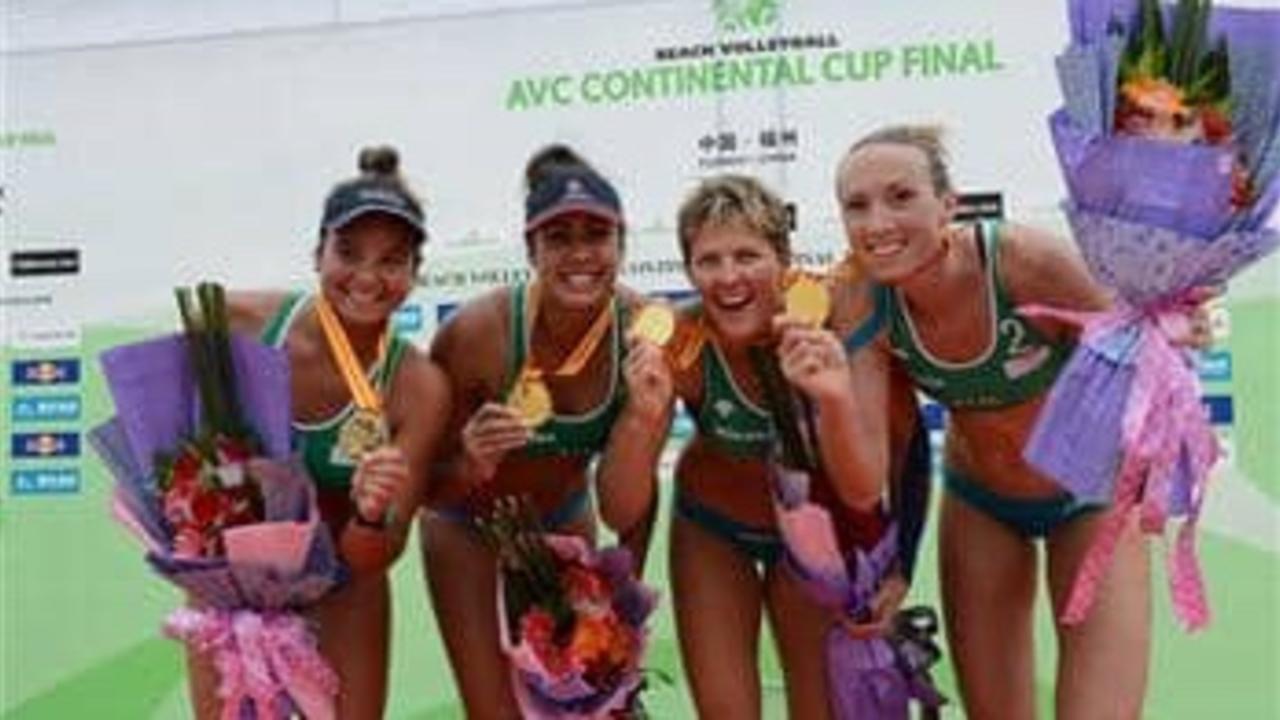 Fuzhou, China, June 24, 2012 – Australia bagged first place at the AVC Women’s Beach Volleyball Continental Cup Final but the biggest winner of the competition was Natalie Cook who will now compete at her fifth Olympic Games.

The young Australian pair of Mariafe Artacho and Taliqua Clancy successfully opened the battle for the best-of-five matches against the resilient Chinese pair Wang Fan and Yue Yuan in straight sets (21-19, 21-19).

The second match was commanded by Cook and her partner Tamsin Hinchley at 21-17, 21-16. The experience of the Australian duo Cook/Hinchley was apparent in creating a comfortable lead against the young Chinese team of Zhang Changning and Ma Yuanyuan.

It was only in the third match that China’s Wang Fan/Yue Y. pressured Australia to change their game plan. China edged Australia in the first set at 21-17. Then Australia reversed the situation leaving China on the losing end at 21-17.

In the tiebreaker, Australia rallied point after point until finally overcoming the challenge of the Chinese youngsters 15-12.

Cook will be appearing on her fifth consecutive Olympics, which makes her the only female beach volleyball player to achieve such a feat.

Kazakhstan’s Tatyana Mashkova and Irina Tsimbalova routed the Thai team in straight sets (21-19, 21-16) in the bronze medal match. But the Thais subsequently forfeited their remaining matches, giving away their right to contend for the third spot.