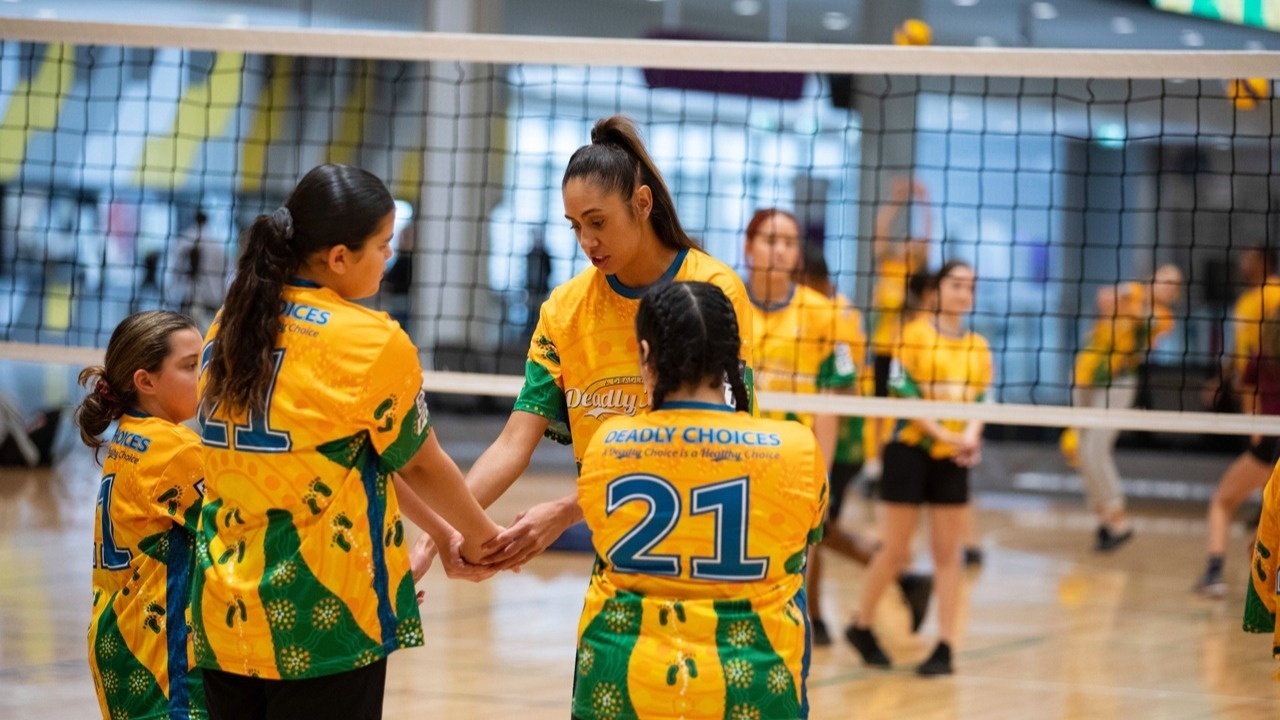 The possibility of a 2032 Brisbane Olympic Games has got Aussies buzzing. It keeps coming up in conversation (maybe because I’m a tad excited!); with business contacts, friends, and even parents at my daughter’s school. One of the questions that keeps cropping up is, “How can I give my child the best chance of making it in 2032?”

Last week, I had the opportunity to be part of an Indigenous talent ID day with the Australian Olympic Committee, Deadly Choices and the Queensland Academy of Sport. It was so inspiring to see the raw talent, openness and eyes the size of saucers when I mentioned they too could be potential future Olympians, who may well compete in their home state in 11 years’ time!

I asked talent advisor Jason Gulbin, how he feels about unearthing talent for 2032, and he was understandably pretty excited:

“Confirmation of Brisbane’s status as the 2Q32 host will trigger the first domino to be pushed, creating the signal for a series of actions designed to unearth future talented athletes capable of performing on what will undoubtedly be the biggest Australian performance stage ever created. Talented movers from every corner of Queensland will have the opportunity to audition for the 2Q32 Games. They will be systematically identified, and then nurtured by sports and the other high-performance players (such as the Queensland Academy of Sport and Australian Institute of Sport) to prepare them for this nation-defining event. This is going to be an incredible decade of opportunity for QLD and for Australia.”

It’s pretty exciting to think that kids who are currently as young as five or six could be standing on the podium, taking gold for Australia in 2032! So, with all this in mind, I thought I’d share my top 5 tips for identifying and fostering young talent:

Exposure
The first thing I’d say is that you should get your kids to try as many sports as possible while they’re young, and even more important, to keep them playing lots of sports for as long as they can...resist the urge to specialise too early. This is something I did as a kid – I tried just about every sport there was, from a pretty serious stint in swimming (inspired by watching Lisa Curry win gold at the Commonwealth Games in Brisbane), to vigoro (look it up) to Taekwondo to golf, to skateboarding… and it still took me until high school to find volleyball!

Find out what your kids like and what they’re good at. This will keep them in the sport longer.

And of course, while kids are trying out different sports, they’re gaining transferable skills like hand-eye coordination and how to play as part of a team.

Body
Talent scouts are primarily looking at physical metrics – things like height, weight, body type, muscle type, flexibility, cardio fitness, balance and reaction time. From here, they can suggest some sports where they think your child could have a natural aptitude.

For example, big feet can be great for swimmers as they act like built-in flippers, but the size and weight of those same feet would impede a long distance runner. Short, strong and flexible bodies can excel in gymnastics, where attributes like narrow shoulders and strong legs work well for cycling. For weight-class sports like boxing, fencing and Taekwondo, the best option is to compete at their natural weight. It sounds obvious, but many athletes work hard to make a particular weight class, which can be a constant struggle.

Attitude
It’s not all physical, though. We also look at factors like attitude and coachability. Kids who can take direction, play well with others, and who are resilient in the face of adversity will catch their eye, as they’re the ones who have the mental ability to go the distance.

Drive
To make it as an elite athlete, you also need to have that deep desire to win, and to continuously improve. Michael Jordan is a great example of how determination can propel you to success: Jordan has frequently attributed his success to his many failures – did you know he was dropped from his high school team? But every time he encountered a setback like that, it only fuelled his desire to get back up, stronger and more determined than before.

Just be sure it’s your child driving their own interest – foster their passion, but don’t be a ‘passion burglar’: that is, don’t take over and steal their passion from them.

The X Factor
Finally, we can’t discount ‘the X factor’. Talent scouts can look at body types and attitudes and determine that a child may be suited to certain sports, but of course, there are always exceptions, and there are plenty of athletes who have found success in unlikely places.

At 6ft 5ins, Usain Bolt is no small fry, yet he has found incredible success as a sprinter, where his opponents are typically short and muscular. What Usain lacks in getting off the block quickly, he makes up for with his long stride. Plus, he has that winning attitude and a deep love for sports of all kinds.

We can also look to athletes like Im Dong-Hyun, the Korean archer and Olympic medallist who is legally blind. Or swimmer Michael Phelps who used his ADHD diagnosis to find his superpower: the ability to hyperfocus on things he’s passionate about, and to clearly visualise his wins. Or Bethany Hamilton, the Hawaiian who has cemented her place as one of the best surfers in the world, despite losing her left arm to a shark attack at the age of 13. Bethany has said that the possibility of having surfing taken away from her is what fuelled her to make the most of every day, and to pursue her passion for as long as she can. And a special mention of Thorpie, Australia’s most successful Olympian, who was allergic to chlorine!

All in all, my top tip is to get your kids into sport – not just for the physical benefits, but also to foster lifelong skills like teamwork, collaboration, resourcefulness, coachability, determination and resilience, just to name a few!