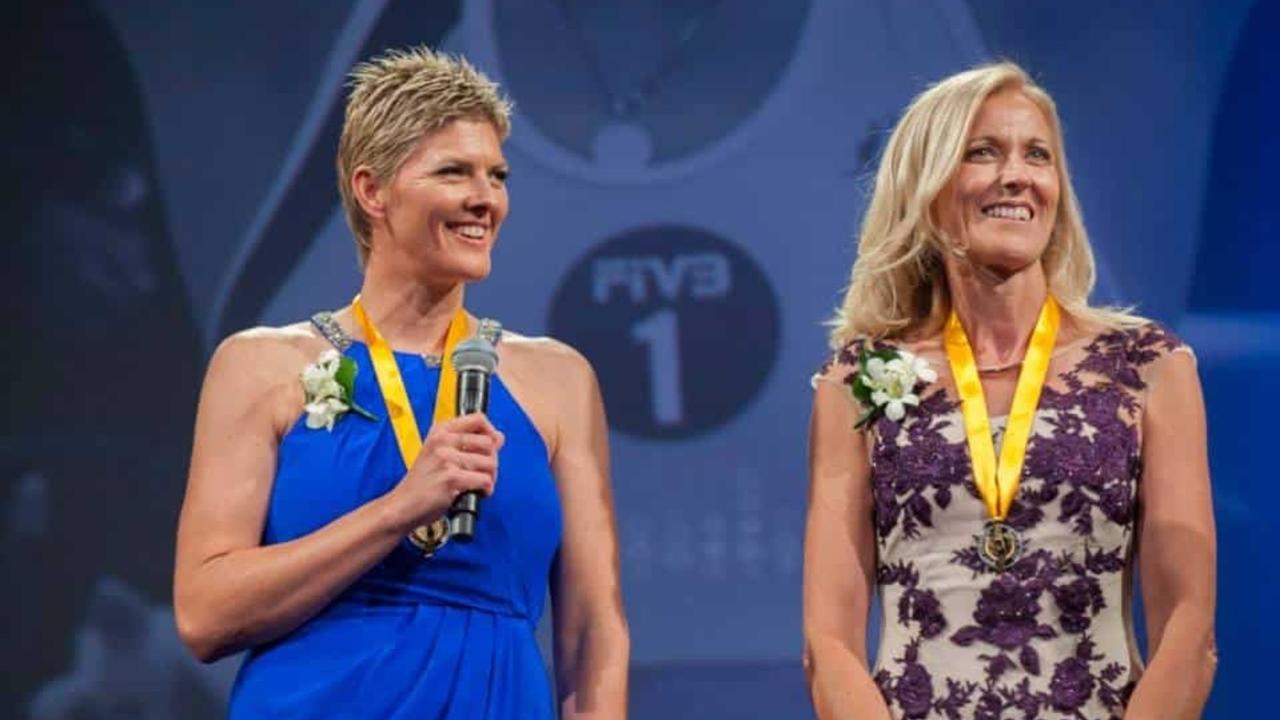 It’s an amazing thing to receive accolades and awards, but the process and journey of earning them is the truly admirable aspect. In 2013, Natalie Cook AOM was honoured to be inducted into the International Volleyball Hall of Fame. In 2014 she was inducted into the Queensland Sport Hall of Fame as well as the Australian Sporting Hall of Fame (which is housed in the prestigious MCG).

Most sportspeople who have achieved the pinnacles of success will tell you that the only way to achieve the highest position in their chosen sport is to work hard, to commit 100 per cent and to wholly believe in yourself. These are ingredients that Natalie Cook turned into a 20-year career in her beloved beach volleyball, and which saw her compete in the very first Olympics that featured the sport … and the subsequent four Olympics! A quintuple-Olympian doesn’t reach that kind of achievement without painful, relentless, to-the-exception-of-all-else commitment and hard work. And so when Natalie Cook was awarded these three auspicious accolades in 2013/14, no one was surprised and everyone was outwardly proud as punch.

“To be able to lead the way and pioneer the sport has truly been amazing,” she says. “Knowing that you are etched in history, and in 50 years’ time when I might not be around to know that someone will see my name and perhaps Google it or whatever they do, that is awesome!”
Not only is Natalie a high achiever but she is also a kind, loyal and generous human being who, now in her retirement from competitive sport, relishes opportunities – and famous for creating them from out of nowhere – to give back. The first to admit she was selfish throughout her career, demanding help and support from those around her and putting her health, fitness and sport above all else, she now enjoys watching and encouraging others to succeed.

As a motivational speaker, Nat espouses her belief that “we’re all hardwired for success”. Within the opening moments of a Nat Cook speaking engagement, delegates noticeably sit up a little straighter and pay close attention. Her energy and positivity pervade the atmosphere and seem to tap the audience on the collective shoulder, whispering: “What’s your gold medal? It is time to declare it and go for it!”

Being a triple Hall of Famer brings with it greater visibility and a louder voice that can be heard by important folks who may otherwise be hard to reach. Throughout her playing years, Nat toiled to raise funds to support her goals. Beach volleyball has always been, and continues to be an under-funded sport and she aims to change that in the future. Every new award presents new opportunities for Nat to gain valuable ‘ear time’ with potential benefactors such as billionaire and sports fan James Packer.

Here is what some of her supporters along the 20 year journey have to say. Sponsor Vodafone calls Natalie Cook “the perfect ambassador” and cites her ‘never-say-die’ attitude as one of her most compelling traits. And Ian Guiver of the Queensland Olympic Committee says her “fierce determination, will to win and gracious competition demeanour” make her a credit to the Australian Olympic Movement.

In addition to being able to reach more potential sponsors and supporters, Nat’s Hall of Fame honours have also helped to increase her profile on the speaking circuit. Having presented on stage for fifteen years, these days she commands audiences ten thousand strong.

“Who knows what’s next?” she smiles. “Maybe twenty or thirty thousand people in a baseball stadium. Then I would feel like a rock star!”

Interestingly, a new audience that Natalie has created do see her as some kind of rock star. 2014 saw the establishment of the SurfVolley program, providing kids in Nippers the opportunity to play beach volleyball at participating Surf Clubs around the country. Herself a Nipper in her childhood, she says she fell in love with the lifesaving culture and after some years exploring the spectrum of other sports throughout school, she heard about the little known beach volleyball. Announced as an Olympic sport for the 1996 Atlanta Games, Nat knew she couldn’t resist. “Sand between my toes again,” she said, “and I was home”.

Surf Volley is a project that is supported by ‘LOL’. This stands for ‘Live Out Loud’, the Nat Cook Foundation which was born to tackle childhood obesity by increasing levels of health and wellbeing.

Nat believes that the best way to reverse childhood obesity trends is to educate Aussie kids about exercise, nutrition, self esteem and show them (with them, not from the sidelines) how to be active. She wants kids to gain confidence through sport, fun and teamwork and to be empowered to be themselves.

No matter how many trophies, pennants, Olympic and other medals, certificates, framed congratulatory messages and photos with famous people a successful person has on display, they are not what defines them. In Natalie Cook’s case, watching the 1982 Brisbane Commonwealth Games on TV and seeing Lisa Curry receive a gold medal was profoundly inspiring. It planted a seed that grew and flourished, with a ton of hard work and determination. And now that bloom has germinated and continues to grow champions of sport, business and life through the inspiration that Nat can’t help, because of her exuding passion, but instil in others.

Closing 2014 with a third Hall of Fame honour would never give Natalie Cook a reason to rest on her laurels. Instead, it has provided her with even greater determination to culture in others a desire to succeed in the next chapter, of what she describes as “my most amazing life”.