Retirement and Life After the Sand 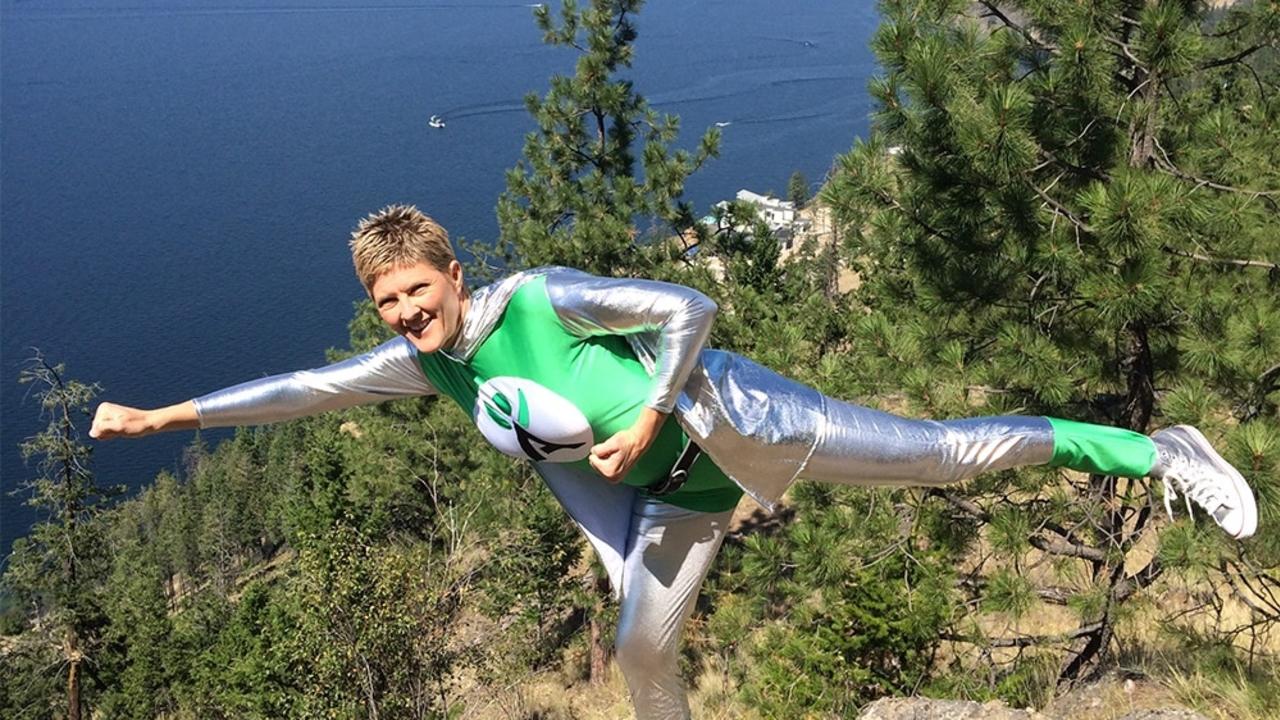 After a stellar career spanning three decades and 5 Olympic appearances, Nat Cook has hung up the bikini for other pursuits and shares the excitement, the challenges and the new direction for staying connected to the world of volleyball, as well as inspiring a younger generation to hit the sand.

Q. It’s been a little over 2 years since you officially retired. What’s the best thing about waking up as Nat Cook each day?

Nat Cook: “Now being retired, it’s the freedom to do what I want to do. As an athlete for 20 years you have to wake up and go to practice, to physio, to the gym, you’ve got to eat the right foods –there is all this ‘gotta gotta gotta..’ I wake up now and I gotta do nothing! (laughs) It’s great – I love it!”

Q. What are the things that inspire you the most, and how do you keep learning and growing in your own personal life?

Nat Cook: “I used to be really inspired by athlete performance cause that’s what I did. Greg Normal and Michael Jordan were my two mentors that I looked up to. Now I’m inspired by every day people that want to go for something and have the courage to go for whatever it is they want in their life.”

“Until I retired I was pretty selfish. It was all about how to get the best out of my body and my performance and how I could get other people to help me. Upon retiring and moving into developing a legacy program for Volleyball, I’ve realised that it’s now about how I can help others, and my contribution back to the world. That transition has been really important and interesting to watch. I still want to win at everything though which I don’t think I’ll ever lose!”

Q: Is retired life what you expected it would be? From shifting from that athlete regime to finding that different direction in life whatever that may be?

Nat Cook: “We always hear those stories about athletes that struggle, and it’s been sad to hear about some of the famous athletes that I’ve competed with but not necessarily in the same sport. I knew that when retirement came, I had to have a new identity ready. Because we consider ourselves athletes, when you’re not an athlete anymore it can be a case of ‘what are we?’ and I think that’s a problem that we’re seeing with some of the athletes out there.

“I was really proactive, I have a very entrepreneurial spirit so that made me proactive in getting ready for my next chapter. It’s like writing a book you know there are more chapters and you have to plan. I’m a forecaster. A palm reader the other day told me I’m also a time traveller. I feel like I can literally put myself in the future and see what’s going to happen and come back and live it. Even though I knew I had one or two Olympics left in me, I knew that when I retired there were things I was going to be doing. 90 per cent of those things have come true, and I’ve been surprised about some of the other opportunities. But I guess I always knew that there would be opportunities too. That’s also what I teach in a lot of my speaking too…. how to visualise something and make it happen.”

Q: As a veteran of the sport how does it feel having the legacy of making history by being the only Australian woman to compete at 5 Olympic games? This in addition to being only female beach volleyball player to compete in all Olympics since the sport debuted – what is that like?

Nat Cook: “When it started out I NEVER thought I would go to 5 Olympics. You do a few days at time and you wake up and one Olympics is over. My life was definitely in four-year cycles! So first was Atlanta, and when Sydney was announced I knew I’d go to Sydney and then Athens when the Olympics first started which was amazing. China was all about the magic of size and scale of what the Chinese can do. London was awesome, and I’d still love to go to Rio, but my body had had enough at that point.”

“To be able to lead the way and pioneer the sport has truly been amazing. Last year I was inducted into the Volleyball Hall of Fame and knowing that you are etched in history, and in 50 years time when I might not be around to know that someone will see the name, and perhaps Google it or whatever they do then is awesome!”

Q: Do you ever foresee that you will go back to the sport? You obviously have a very competitive nature?

Nat Cook: “No I think I squeezed everything out of the orange. I really did get as much orange juice as I could and feel I did everything there was to do in sport. I was lucky enough to be able to do it professionally and I didn’t have to struggle like some athletes do. We didn’t have the money like tennis or golf, but when I needed to fundraise it was character building, and really created the person I am today.”

“So, there’s no more volleyball left in me, but it’s about creating pathways for others to be volley ballers, and that’s the contribution.”

Q. So you’re obviously going to stay very engaged with the sport. Can you talk about some of those commitments?

Nat Cook: “I was a part of the team who lobbying to get beach volleyball in the Gold Coast Commonwealth Games. We weren’t successful unfortunately but we’re continuing to try again for 2022 and we’re always actively trying to get the sport to grow further. I’d love to go to Rio and watch my fellow athletes compete who I competed against. I’m sure I’m always a part of the team when they ask questions on the sport. The international bodies will send me an email and ask my thoughts and I’ll always be involved in some respect”

Q: Life has no doubt changed a lot. While you don’t have psychic powers – or do you? …..Where do you see things in the next 2 years? What’s the next challenge?

Nat Cook: Well I do feel like I have physic powers and superhero powers (laughs) – especially when I wear the cape! But what I see in the next two years is kids all around Australia playing beach volleyball, and I’m working very hard on that with surf clubs.

I see myself travelling in a big Winnebago bus around Australia with a giant volleyball on the top and a little beach volleyball museum inside so kids can come in an learn. Maybe hopping out at every beach and being like Santa handing volleyballs out to the kids!

Through the week playing golf, surfing, and every Sunday going to Nippers. It will be like the endless summer! The challenge is finding the money to do that, and stopping people graffiti-ing the bus – that would not be good!

Q: What are the top three things you miss and don’t miss about playing?

Nat Cook: The top three things I don’t miss are:

The things I miss: