No Sign of Mutiny as Anna Bligh Beached by Cook 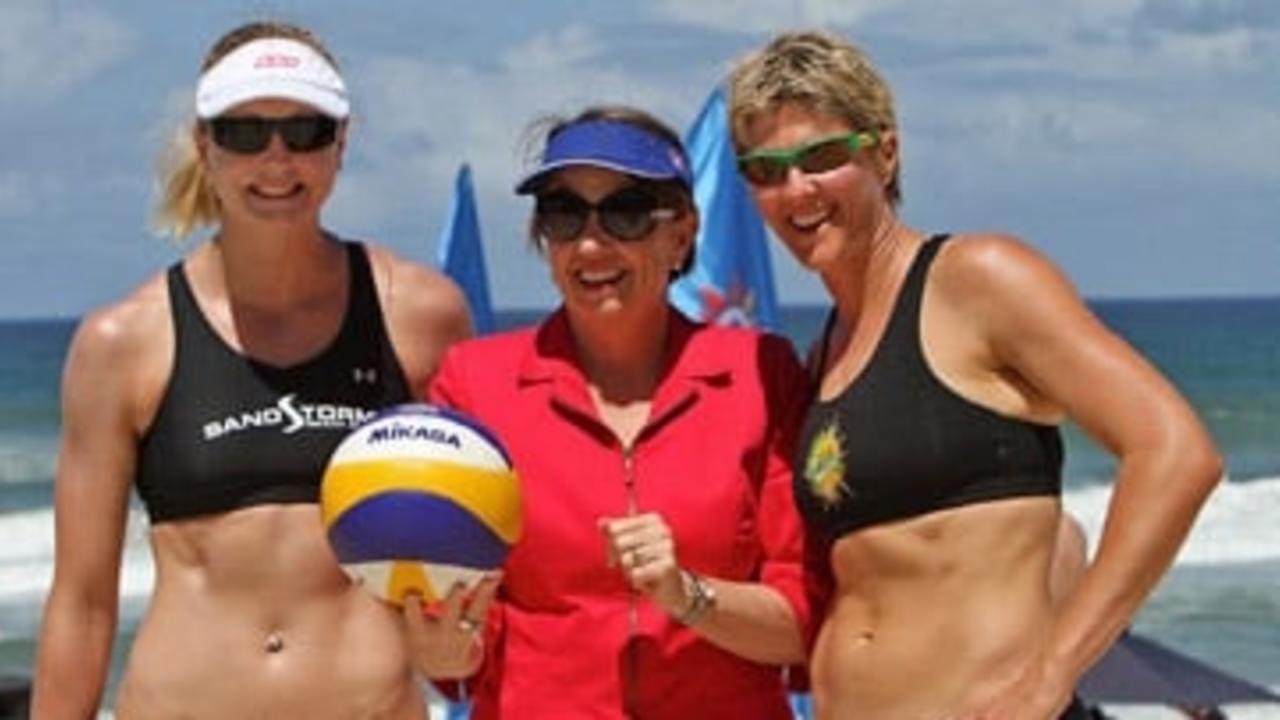 The coming together of two famous nautical names may have been missed by some but that was the case when “Cook and Bligh” got beached together at Kurrawa on Sunday.

Queensland Premier Anna Bligh answered Natalie Cook’s invitation to “get down and get sandy” and the four-time Olympic beach volleyball legend didn’t disappoint.

The always accommodating Sydney Olympic gold medallist took the Queensland “captain” under her wing as part of the Coolangatta Gold sports festival.

In a real sporting day out for the Premier she was on hand to spike with Cook and her partner, Australian indoor volleyball captain Tara West, in the Sandstorm Beach Volleyball tournament.

“Anna loves getting the sand between her toes and it was great to see her on the court – it was a lot of fun, she loves her sport that’s for sure,” said Cook, who is trying out for a record fifth Olympics in London.

Meanwhile Surf Life Saving officials were delighted with the Sandstorm Beach Volleyball tournament as part of the Coolangatta Gold weekend and will look to expand the festival with other sports next year.