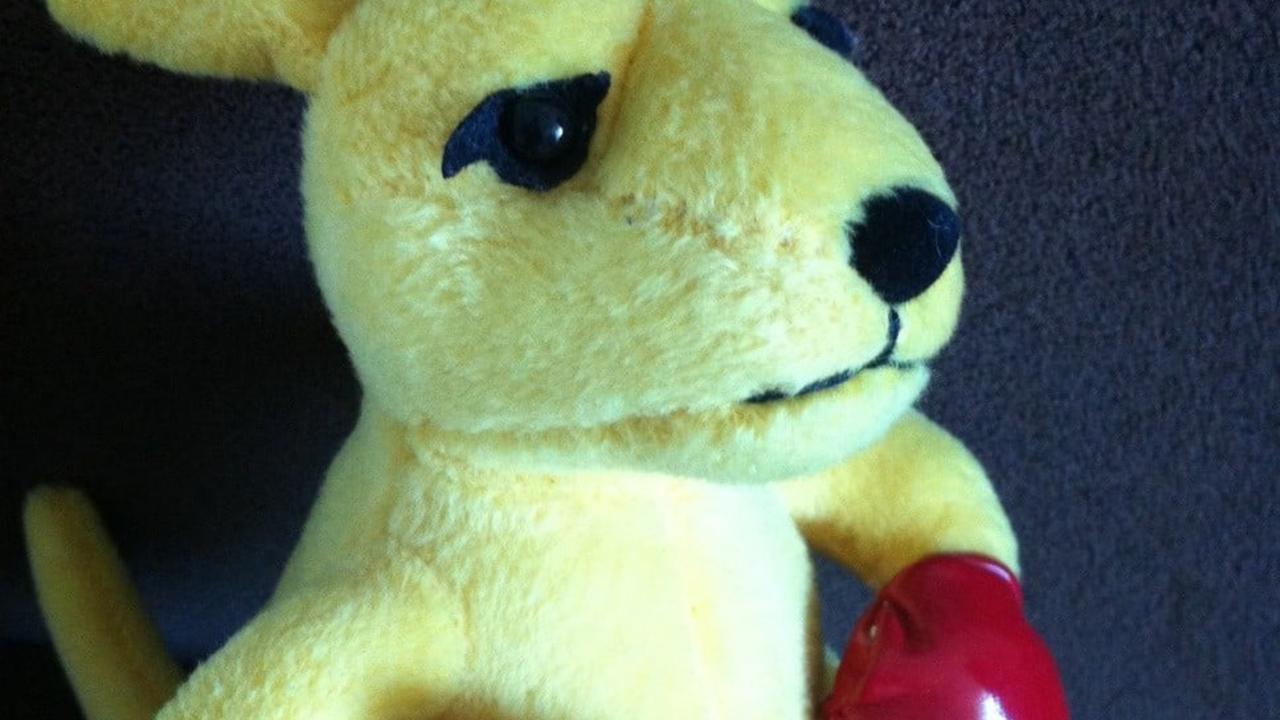 We played our first game of the Sydney Olympic Beach Volleyball tournament the day after a stirring opening ceremony. Already we were surrounded by inspiration: five-time Olympian Andrew Gaze carrying the flag; Rachelle Hawkes reading the oath; the moving final lap that celebrated our greatest-ever female Olympic athletes; Cathy Freeman lighting the torch and of course, 110,000 jubilant Aussies in the stands. What a perfect time to achieve our goals, as long as the nerves could stay calm!

The next day, we watched the third-ranked team from America, Jenny Johnson-Jordan and Annette Davis, almost succumb to those nerves as they won a close match against our fellow-Aussies Sarah Straton and Annette Hygens-Tholen. Our first game was against Mexico. It was hard not to be overwhelmed by the crowd and the sheer sense of occasion. Our warm-up was very tense and shaky.

When our game began, the crowd made the whole experience an emotional roller coaster. Whenever we won a point, they went berserk. It was the highest we’d ever felt before. When we lost a point, the feeling of disappointment was tangible, and certainly audible! We felt as though we had just let everyone down. When the crowd let out a collective moan OOOOOOOHHHH— our spirits would dive. Ten thousand people would suck us down and it was so hard to get back up. Of course it wasn’t their fault; they just badly wanted us to win.

As a result, we began the tournament of our lives very tentatively. To be honest, we were intimidated. For a while the positive visualisation that I had done in the empty stadium seemed to come to nothing. In, say, Brazil, the crowd would cheer for us whenever we made a mistake. We dealt with this by putting up a wall. We never allowed ourselves to get too low. All we would hear was a solid wall of sound. But in Sydney, our wall was permeable. Familiar voices would get through. We would hear our names: “Kezza, Cookie, Nat, Potsy”. It took some getting used to, but we knew it could only be a positive for us. We just had to make sure it was that way. We decided to relish the crowd; to love Bondi. It wasn’t really that hard. It’s just that the whole occasion took us by surprise.

We didn’t play too badly in the match, but we failed to finish as strongly as we would have liked. In the end, we won 15–11. If we hadn’t done so much mental training, we wouldn’t have coped. We had made our own luck.

The next day, our Aussie boys weren’t so lucky. Lee and Julien lost 15–12 to Mexico, and we took particular notice of the way they handled the crowd. They too were tentative, and it showed in their setting and serving. They looked absolutely shattered. We decided there was no way we would go through that. Later, we went down to the stadium again to watch the Americans—Dain and Eric—and Aussies Matt and Josh play. This time, we wanted to soak it up, relish it, be part of the crowd; think the way they thought. They were unbelievable: electric, excited, constantly on the edges of their seats. By the end of it, all we wanted to do was get back out there and play. We had learned to love it! However, all the boys were by then in the loser’s bracket, which means they had a hard road to hoe. We had to ensure that no matter what, our sympathy for them didn’t translate into a negative mindset.

During our four days off, we identified the crowd as an issue. Yes, we’d learned to love all that microscopic attention, but we had never been there before. But there were other athletes around us who had experienced it many times; we just had to pluck up the courage to go and talk to them about it. We went into the Olympic village and spoke to Pat Rafter and Renee Stubbs, wanting to find out how they dealt with the hometown crowd. They were very forthcoming with advice. Pat went away and won the US Open twice, but when he comes home he struggles. At home Rafter gets “Aw, come on, Pat!” and that can be heavy stuff in the heat of a match. Pat told us he sometimes picks on the one Yankee in the crowd and just tells them to shut up. He tries to use it as motivation, to fire himself up. His advice was to generate anger if that’s the emotion that helps.

Renee gave me some really valuable advice. She gave me a reason to smile in the final (you’ll notice I did a lot of that). She said every time the crowd goes “OOOOOHHH!”, it’s all about changing your perception. What they’re really saying is “OOOOOhhhh, we love you so much”. They are telling you that they want you to win! So in the final against Brazil, whenever the crowd would do that, inside I’d be laughing, thinking of Renee’s words. There’s some truth in it. People in the crowd act disappointed because they do care whether you win or lose, not just for themselves, but for your sake, as well.

We also met with sports psychologist Phil Jauncey, and he reinforced Steve’s words of positive doing. The tenor of his conversation with us was this: some people turn fear of a roller-coaster ride into excitement, while others stay terrified. Yet it’s the same emotion. The difference is in the way it’s translated. Regardless of what you think and feel, your muscles and neurones are still the same. The nervousness, fear and anger are okay to have, as long as you don’t act on them. Acknowledge they exist, and go out and do what you do anyway. But keep it simple and specific. Focus on the things you do when you’re in the zone. The muscle memory is there—I know how to focus on high/dynamic contact and hit the target, after all I had done it enough in practice. I just needed to release my mind and go for it. Most of the people we spoke to felt we would be better equipped in the next match—all we needed to do was to get used to the crowd and the feelings it generates. The faith of other people can be a powerful thing.

There are a multitude of ways to look any particular event. How many of you have reacted differently to the way your friends or family would in a given situation? Given a million dollars some of us will say “Beauty! I can have a house on the Gold Coast, a Lamborghini and the lifestyle I’ve always wanted”. Others will say “Oh no! I will have to pay heaps of tax!” What we had to do was continue as we had been but see the crowd as an ally; see our opponents as smaller than us; see ourselves as gold medallists.

“Knowledge is essential to conquest; only according to our ignorance are we helpless.” Annie Besant