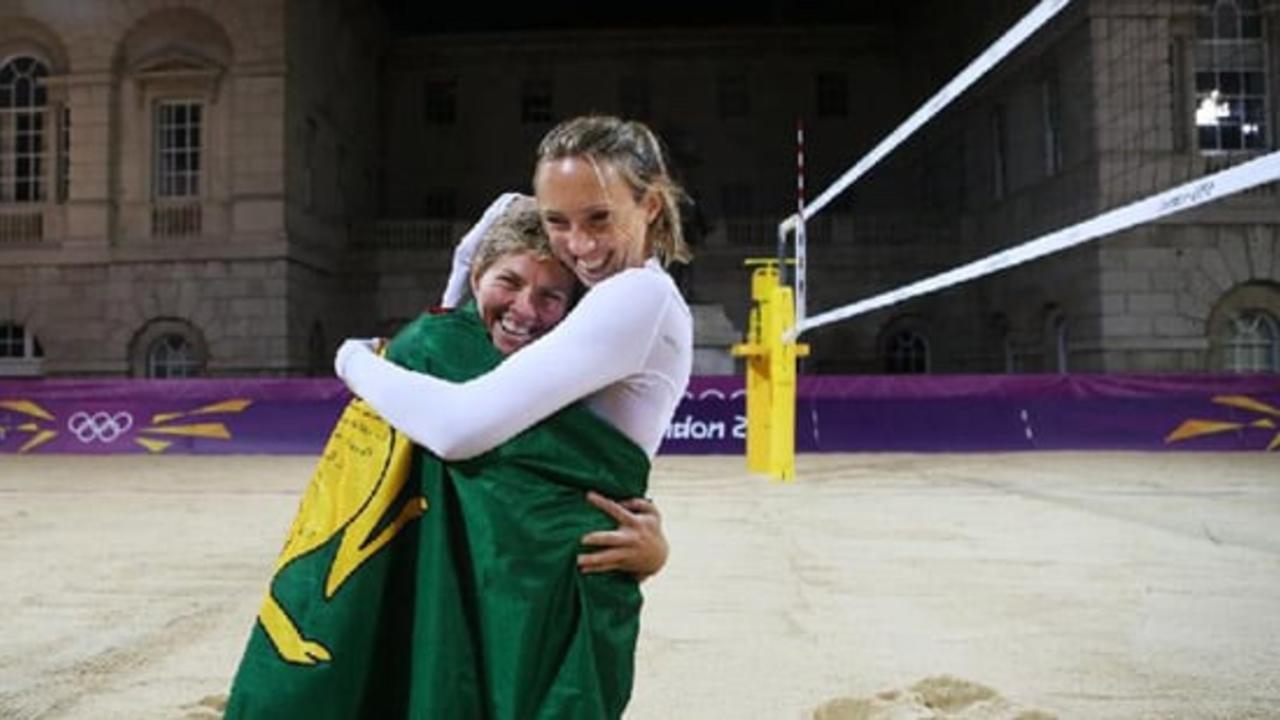 An average year followed the Atlanta Games, but something had changed forever in my mind. I’d vaguely begun to realise I was on a journey, and hadn’t reached a destination, but now I was more determined than ever to make the journey itself a success.

People ask me how I knew that all these internal changes were working for me, when none of it was translating into results on the sand. After all, we weren’t winning tournaments, so it’s a fair-enough question. Change comes in steps. There were three important changes I needed to make, before I even thought about volleyball:

Regarding my weight, I’ll devote a whole chapter to that later. As for my perceptions of the world, I began to react differently to life’s little irritations, such as parking tickets. Once, I’d curse and be in a bad mood all day over something like that. Now, I’d begin to see them as a donation to the council. I was beginning to snap out of the bad moods a lot quicker. I’d begun to learn that there’s nothing wrong with swinging from a positive to a negative charge, as long as you don’t stay there too long. Mood swings are okay. That’s the roller coaster ride of life. The trick is to snap in and out of it quickly.

The third change was really important. I was beginning to develop a more acute, more sensitive awareness to everything: how I view my world, and the way others reacted to it. There is a very important lesson from the movie The Matrix regarding awareness. Once you take the red pill, and ‘see’ everything around you, you can’t go back. It is a new world, a new perception. You begin to understand things that you never knew existed. There are no more excuses! It’s up to you. In my consciousness, I’d created space that hadn’t existed before.

Lastly, I began to notice changes to my volleyball game. I began to ‘see’ myself applying certain skills before I’d actually applied them. I began to become more consistent. I started to feel stronger, and to hit the ball better. After my volleyball game began to change, people around me, who suddenly had tangible results to relate to, began seeing the positive effects of the decisions I’d made and began to change themselves, almost conforming to my new learnings. I was gaining more respect from the volleyball community and those around me.

In other words, I didn’t focus on volleyball, first and foremost. I would have only dug a deeper hole for myself if I’d done that. Someone once said that the definition of a mad person is someone who does the same things over and over, yet expects a different result! Sounds pretty right to me. To get to a different result you need to make a change. I often say that it’s easier to build a new ship than pull the Titanic up from the bottom of the ocean. In other words, start afresh with a clean page.

So, no, we were not winning tournaments, but that can’t be considered a failure. For me, personally, failure was beginning to fall away. The idea of failure was beginning to fade, no matter whether we won or lost. I was learning all the time, and the most important learning I was doing was about myself. I couldn’t change anything about my volleyball game unless I changed as a person first. Getting through all those games in Atlanta then falling apart when it counted showed me that I had to have a solid foundation. And that foundation was Natalie Cook: the person, not the volleyballer. The thing you can fall back on is the journey; the path to the dream. You can always get back on a path.

“It’s a little like wrestling a gorilla. You don’t quit when you’re tired—you quit when the gorilla is tired.” -Robert Strauss

To be honest, from this vantage point, it’s hard to remember what I once considered failure to be. There is, simply, no such thing. Win or lose, we’re the ones who define it, and it probably becomes reinforced at school, where the very words ‘pass’ and ‘fail’ become entrenched in our consciousness, and take on all sorts of connotations. Now, those words have almost come to mean the same thing as ‘learnt’ and ‘didn’t learn’. Therefore, at school, not reaching a goal means failing, rather than learning.  I’ve worked hard at changing that.Now, not reaching a goal means I need to ask questions such as ‘How do I make it better?’ and ‘What will I do differently next time?’ In other words, I want to gain learning from the experience. And as for the fear of failure—the thing I feared was an illusion that I had created.

“I am an old man and have known many troubles, but most of them never happened.” – Retrospective wisdom from Mark Twain (but we don’t have to wait so long to gain it!)

“The mastery of the true self, and the refusal to permit others to dominate us is the ultimate in living, and self-expression in athletics.” -Percy Cerutty