Is Your Life Worth Writing About? 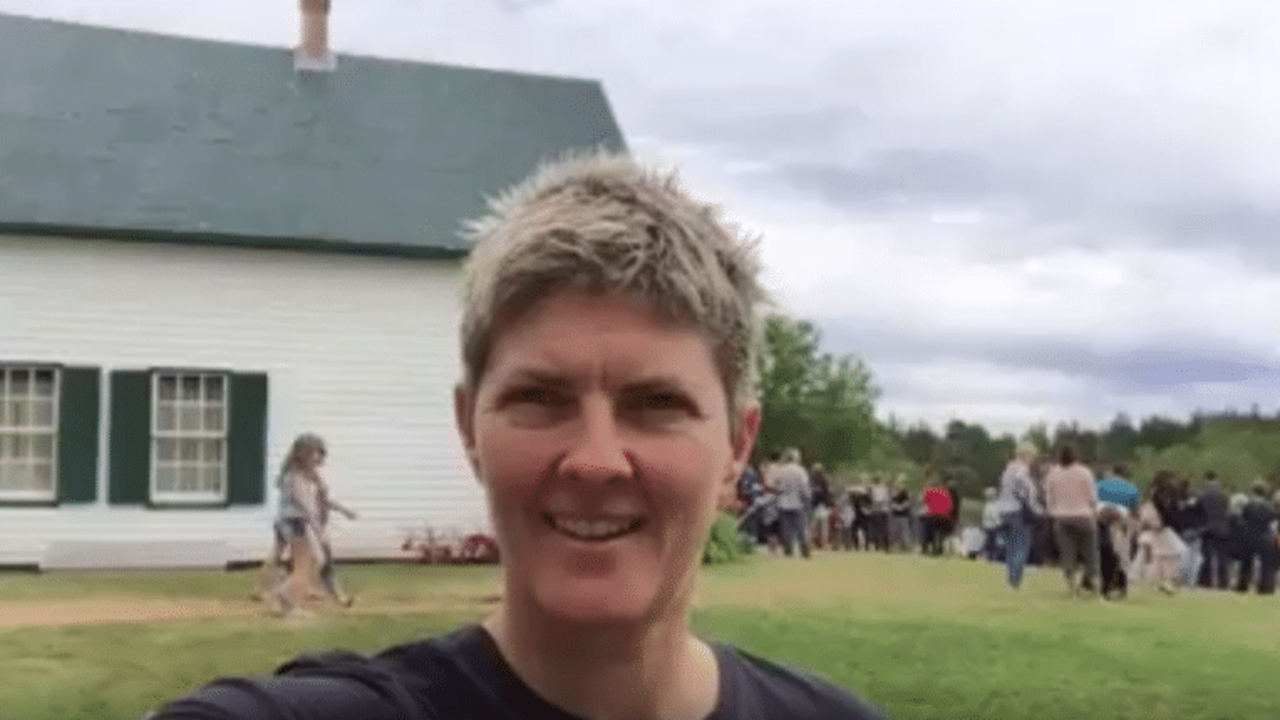 MAYBE IT IS TIME TO LIVE A MASTERPIECE OF A LIFE!!

So on my adventures around Canada I ended up at Prince Edward Island about 17,000kms from Brisbane where I’m from (which is a very long way).

The whole family on a family holiday we ended up at Anne of Green Gables house.

Now some of you will go I have no idea who that is and I didn’t either and never read the books but my mother had the books read to her by her mother which is my grandmother and loved the story of Anne of Green Gables.

Apparently it is even in the curriculum in Japan.

So behind me here is an of Green Gables house and that over there is the line-up to get in, there are thousands of thousands of people that go through this house every year and in the Canada 150th year celebration of its birthday everybody can come through for free so it’s even busier!

But the reason I wanted to do a video from this site is that, this is an 1800s story and the  author Lucy Montgomery who has a house a little bit further away, she wrote the story in the early 1900s and so that’s over a hundred years old that this still continues to be the legend of the Anne of Green Gables and a whole town and a whole industry has been built around this one story.

I think there are four or five books written, so you know maybe it’s something you could read to your kids or if you’re interested in having a look at the legend of the Anne of Green Gables so you could have a read.

What is your masterpiece in life going to be?

So really the point is, is what is your masterpiece in life going to be?

Quite a big question you know this one in particular is worldwide global in the curriculum in Japan thousands and thousands and millions and millions of people have read this story and if you wrote a masterpiece what would it be about and what is it going to give back to the world, what is your life going to represent what is your masterpiece going represent are you going to write it, are you going to publish, it even if you don’t publish it will you still write your masterpiece?

So for me it was obviously going to five Olympic Games and now starting a charity tackling childhood obesity and hopefully my second masterpiece will be finding a way to tackle the problem of kids not having enough exercise good nutrition or poor self-esteem.

So my other masterpiece is Jordan my little baby girl who is nearly 2 so over and out from Anne of Green Gables in Prince Edward Island and just have a think about what your masterpiece might be about.