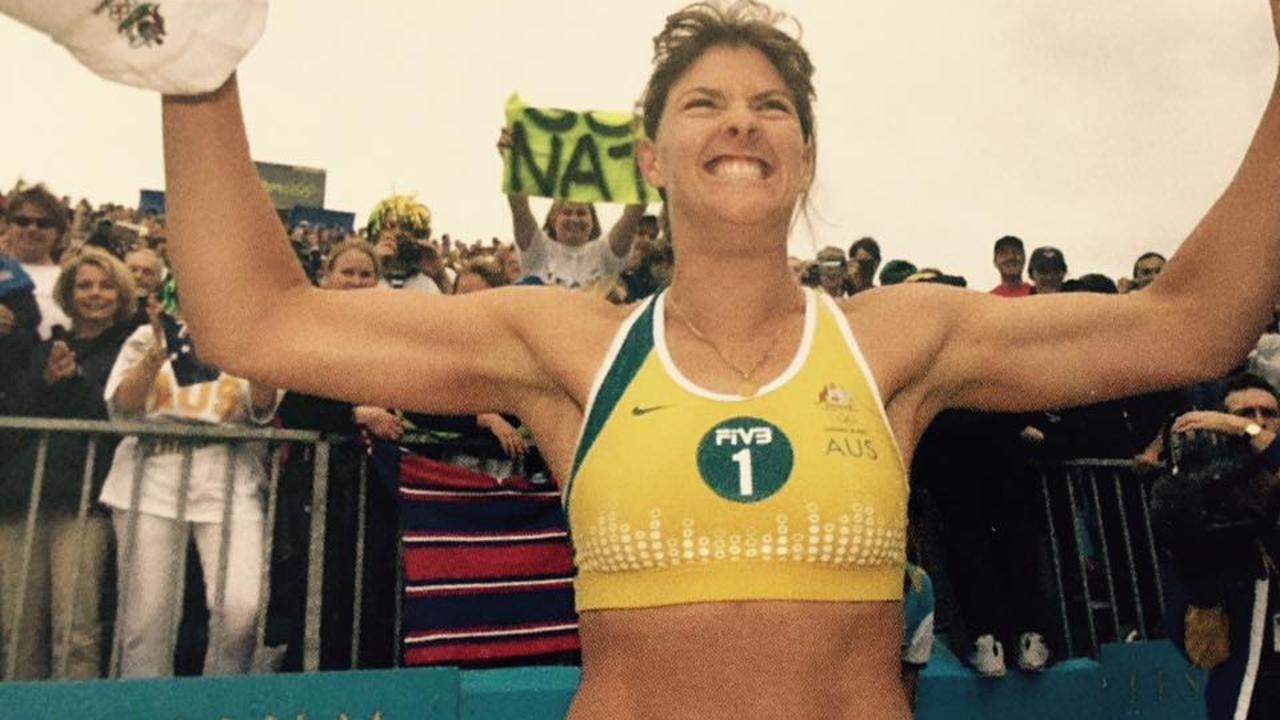 What comes to mind when you think of Australia’s proudest sporting moments? Maybe you think of the podium and the medals, glinting and sparkling. The flag hoisted skyward and the dramatic, sweeping crescendo of the Australian national anthem. The lump in your throat and the intense sense of pride and nationalism. Most of all, you remember the athlete: their smile, their tears. But do you really truly know the backstory; the adversity they’ve overcome and the sacrifices they’ve made along the way? Five-time Olympian and female motivational speaker, Natalie Cook invites you to join her. Hear the inside story of what it really takes to reach the top, win a fistful of Olympic medals and achieve legend status. She and only a handful of other famous Australian female athletes share the same indomitable spirit and determination to succeed at all costs.

Catherine Astrid Salome Freeman, OAM, born 16 February 1973 is one of the most famous Australian female athletes of all time. The first ever Commonwealth Games gold medallist of Aboriginal background and the second female Aboriginal Olympic champion, Freeman provided one of most pervasive and inspiring images of the 2000 Sydney Olympic Games: lighting the Olympic flame in the opening ceremony before going on to secure an Olympic gold medal in the 400 metre event. Her final career medal tally? Gold and silver Olympic medals, two gold and one bronze World Championships and four gold and one silver Commonwealth Games medals. But that’s not all. Her success and motivation to achieve greatness in the sporting arena has also been matched since her 2003 retirement by her commitment to charitable works.

Alix Louise Sauvage, OAM, better known as Louise Sauvage, is arguably one of the greatest athletes that Australia has ever produced. Born 18 September 1973, she initially started swimming as a three-year-old, following her sister into the sport. She later made the transition to track events in her mid-teens, excelling at the 100, 200, 800, 1500 and 5000 metre events and the women’s marathon. Think about this: she did it all from a wheelchair, having endured more than 20 excruciatingly painful operations and procedures that ultimately robbed her of the ability to achieve similar greatness in the pool. She smashed dozens of Australian and world records in the process. The thing that sets her apart from all other athletes? Her determination to succeed and a never-say-die attitude that remained intact, even in the face of setbacks that would bring most elite, able-bodied athletes to their knees.

Dawn Lorraine Fraser, AO, MBE, born 4 September 1937, was the youngest of eight children in a working-class family. From those humble beginnings she later went on to qualify for and swim at three Olympic Games: Melbourne in 1956, Rome in 1960 and Tokyo in 1964. She took the world by storm and achieved the seemingly impossible: she won the same Olympic event, (the 100 metre freestyle) three times running.

Her career was unfortunately cut short by a questionable 10-year ban imposed by Swimming Australia in response to what’s been described as ‘larrikin behaviour’. By the time she entered politics and served as an independent member of the New South Wales Legislative Assembly, Fraser had cemented her place in history as one of the most famous Australian female athletes of all time.

Elizabeth Cuthbert, AM, MBE, better known as ‘Betty’, was born on 20 April 1938. Best known for having won four Olympic gold medals and competing at the 1956 Melbourne, 1960 Rome and 1964 Tokyo summer Olympic games, Cuthbert became affectionately known as our ‘Golden Girl’ of the track. Diagnosed in 1969, Cuthbert continues to apply the same fierce determination to overcome all obstacles to her battle with multiple sclerosis.

Shane Elizabeth Gould, MBE, was born on 23 November 1956, the same year Dawn Fraser made her stunning Olympic debut. Exploding onto the world swimming stage, Gould won an astonishing three Olympic gold medals, one silver and one bronze medal at the 1972 Munich games. She suddenly retired from competition at the tender age of 17. You can only speculate as to what she might have achieved if she’d continued to compete.

Natalie Louise Cook, OAM, was born 19 January 1975 and is a professional beach volleyballer. For such a demanding sport she has defied all expectations and joined the elite ranks of those few who can boast of having competed at five Olympic games—winning a fistful of medals in the process.
Her achievements and contribution to the sport were recognised by her entry to the illustrious International Volleyball Hall of Fame. Her 2014 admissions into the Sport Australia Hall of Fame and to the Queensland Sport Hall of Fame only serves to confirm what’s been long-suspected: she’s one of the most famous Australian female athletes of all time. And now you can find out what really makes her tick.

Find out more about Natalie Cook’s journey to Olympic greatness and the tears and triumphs along the way. Book Natalie Cook, female motivational speaker, today for your next function!