Back on the Road Again! First Stop - France 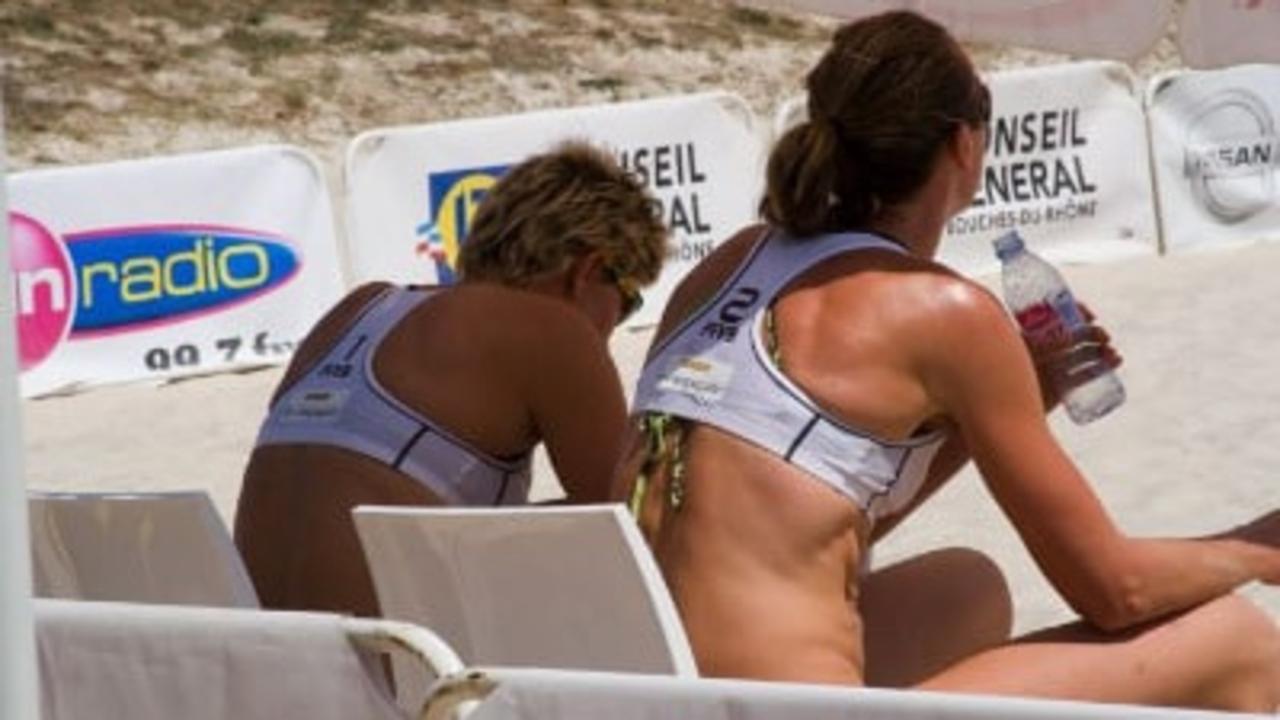 It has taken a lot of effort for us to get to this point. After the Beijing Olympic Games I took 18 months of to rest my body and to work on my business, Sandstorm. And to see if I still had the desire to go to my 5th Olympics in London 2012.

After sitting in the stands of the opening ceremony in Vancouver, the Winter Olympics, I knew that I wanted to go back and take a shot at my 5th Olympic appearance. A feat no other female summer Olympian has achieved. I love the game, the competition and the challenges. I knew the training and physical preparation would be tough. After 17 years of training and competing my mind and body was getting tired.  The level of commitment, intensity and persistence needed to pursue a dream as grand as winning an Olympic Gold medal is like none other.

I have only been back on the sand since March of 2010 so there is still a lot of physical work to be done, and Tamsin and I have been training apart. Me in Brisbane and Tam in Melbourne. So we are a little behind the eight ball but the focus is firmly on London 2012 and doing everything we need too to be successful there.

However all that said, I am back! The plan is to spend 2010 reclaiming our spot in the draw (our seeding/ranking, as with 18 months off Tamsin and I have lost almost all our points. Well I lost them all, but Tamsin hung onto a few because she had a baby boy in 2009.)

First stop on the European leg of the tour for us is Marseille. It is normally a very windy event but for the first 2 days it was calmer than ever before.

So in Marseille, we had to play in a qualification round, this meant we had to win 2 matches the day before the main draw started to take a place in the top 32 teams. This qualification round is single elimination. Ie lose once and you go home (well not literally as we are too far away from Australia, but the European players can go home) Our first match was China. Not an easy one to start with but we played solid. Not many mistakes on our side and we put them under a lot of blocking and defensive pressure. This is our biggest strength as a team. We won 2 sets to 0. Next match was Estonia (twin sisters). A team we had not seen before. With a 2 year absence there are now a lot of new teams and then level of play has definitely shot up also. We again played strong and won comfortably in 2 sets.

All this just to get into the main draw competition. Now the event starts again. When you gain entry into the main draw you get your hotel and food paid for. Until then you are on your own. So you move into the hotel the day before it starts. However because we playd the day before and we were the last match of the day we didn’t have enough time to move into our new hotel, so we did this the morning of the main competition (as we had a late start time). So this all adds to the adventure. Packing up the suitcase and carting them to a new hotel. After we settled in, it was time to go and play. Now it is the Main Draw it is a double elimination tournament so we get 2 shots. First round against a CZE team that had had a great week in Norway finishing 4th. We started slow. Losing the first set, however we sung it around dominating in the second set. We had a slow start to the 3rd set which you cant afford, especially to a team that has been the masters of winning 3 set matches. And we made some poor choices in the crucial times of the set. So we lost 15-12 in the 3rd. Disappointing, however OK for our entry into the tour. We then drop into the losers bracket to play France. We manage them quite well and stay alive for the next day.

Only to wake up to play our other Aussie team. Beccahra Palmer and Louise Bowden. We again started slow and thy punished us for it. Winning the first set convincingly. We turned it around at the start of the second and held a good lead, but they eroded it away and came back to beat us 23-21 in the second set. Our teamwork started to come together and we were encouraged by our play. We are a little rusty around the edges and know that the next 6 week tour will iron out some of the crease. Our second loss for the event so we were done. 17th Place and 120 much needed points. I is good to be back and matching it with the best. Bring it on!

Check out the link to the Swatch FIVB World Tour to follow scores and results for our next week in the Grand Slam in Austria. We got a Wild Card in this event. Which is a free pass into the Main Draw. So no qualifier for us next week. Lucky us!