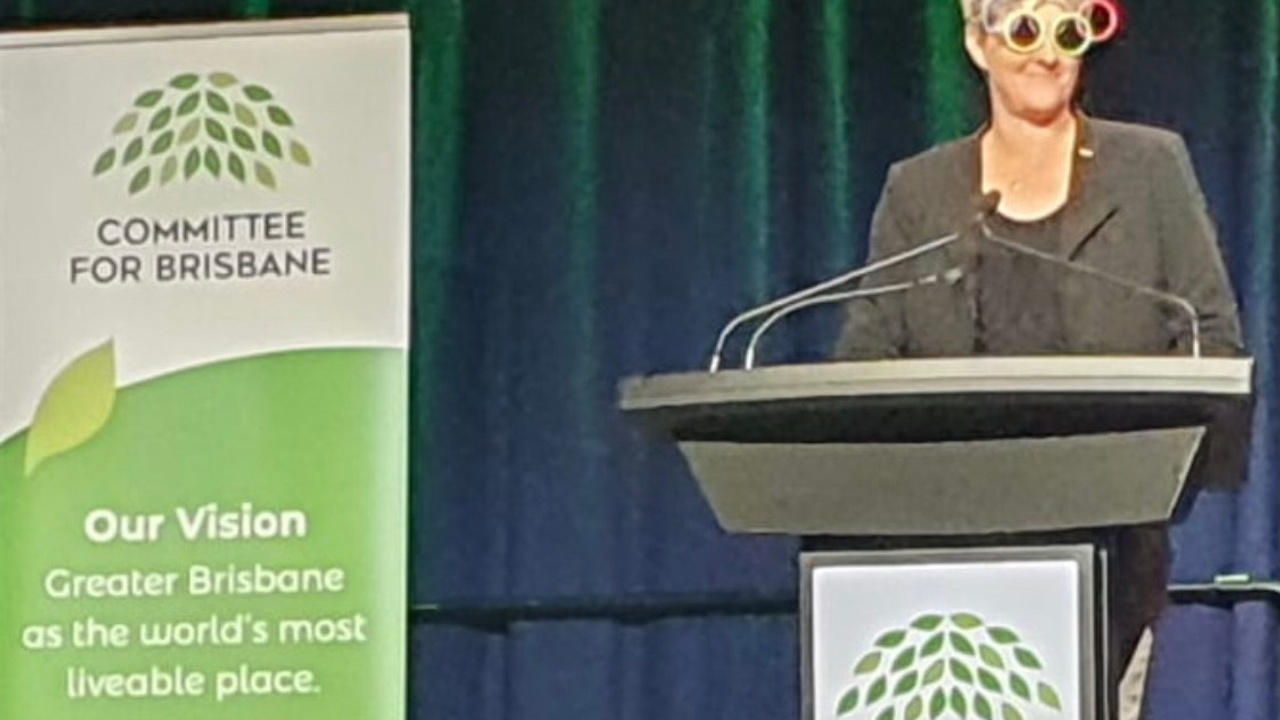 As I proudly reflect back on my career, spanning 5 Olympic Games, I hone in on the one that was in my home country! Not just because it was declared “the best Games ever”, or because we WON a Gold Medal, but mostly because all of that happened in front of (and for) my family, friends and supporters! You see an OLYmpic Games is not just for the athletes, but the coaches and performance teams, families, friends, communities, sponsors, supporters, referees, volunteers, businesses... the list goes on.

As the possibility of Queensland’s OLYmpic dream comes into focus, I feel exactly the same as I did when I was eight years old: sitting cross-legged on the floor of my Townsville home, glued to the TV, witnessing Lisa Curry win gold in the 1982 Commonwealth Games in BRISBANE! A warmth in the belly and a conviction in my bones! At that moment, a flame ignited. I knew I wanted to do ‘that’!

It was that same flame that flickered in my eyes in 1993 when I heard those magic words, “And the winner is… SYDNEY!”

It fired me up to commit to beach volleyball and set out on a journey that ultimately led us to win bronze in Atlanta, 1996. And then in 2000, that flame was roaring brighter than ever when Kerri Pottharst and I struck GOLD on Bondi Beach in Sydney!

I see that same flame in 16 year old Torrie Lewis’ eyes. The Queensland sprinter’s star is skyrocketing right now: just last week she took out the 100m record, in addition to the 200m title she already holds.

Torrie is one of the blazing stars in the next generation of Aussie athletes who have their hearts, eyes and minds set on 2032. A Queensland Games would give athletes like Torrie an unfathomable, once-in-a-lifetime experience to compete in the biggest sporting event in the world, in their hometown, surrounded by family, friends and fellow Queenslanders.

There is a new strength to Queensland’s heartbeat, an extra spring in our steps, and sparkle in our eye, with the hope that Brisbane will be awarded custodians of the Largest Sporting Event on the Planet!

At the Committee for Brisbane last Friday, John Coates AC, President of the Australian Olympic Committee launched the committee’s Brisbane 2033 Legacy Taskforce discussion paper. This paper outlines what and how we hope to achieve, and the legacy we wish to leave, by hosting the Games.

People and community are at the heart of this legacy, as we reimagine Brisbane’s city centre as a pedestrian-first, visitor-friendly hub that offers plenty of shady, green spaces that are safe, accessible and connected. A diverse range of voices in the decision-making process will mean our city accommodates the multi-faceted community that calls it home, as well as visitors from all over the world.

Once known as ‘The Smart State’, Queensland is now ‘The Startup State’, which recognises the creativity and innovation that drive our economy and culture. In 12 years’ time, a ‘world city’ will look vastly different to what we see today, and a 2032 Games would harness new technologies to fast-track Queensland into the future.

Sustainability will underpin the work of the Taskforce. By utilising digital technologies, existing infrastructure, and investing in structures and services that will serve our community in 2032 and beyond, this legacy will future-proof Queensland.

On paper, our OLYmpic dream looks impressive. We know it will boost many parts of our economy and infrastructure. But I think the real legacy will live on within the people of Queensland. It’s the racing hearts, the twinkling eyes, and the extra large leaps we’ll take together as we celebrate what it means to be enshrined as an OLYmpic city. It’s our kids, and maybe even their kids, watching someone like Torrie win gold on home soil; igniting an OLYmpic-sized dream within them.

John finished his speech by saying,
“And so, friends, I leave you with this message: If it is Queensland’s time - use it wisely. As is the Queensland way, in order to secure the Olympics, it must continue to be hard work, day and night, dreaming big and achieving bigger. Be Bold but Faithful. Thank you, friends. Strength to your arms.”

The final question from the audience for the day was, “What do you recommend Brisbane should do to prepare?”... John paused, drew us all forward to the edge of our seats, holding our breaths for his reply... “Well, that is up to you!”

It’s time for Brisbane to rise, be bold and stand proud… this may just be our time!